To: Customer Service 4U
Cc: The Managing Director
Subject: THE WORLD’S WORST SERVICE!!!

You’ll know the feeling; that uncomfortable tingle that accompanies an email stamped with an angry red exclamation mark and written entirely in capital letters. Receiving a complaint is part and parcel not just of customer service departments, but business in general. Conflict and resolution is something we all do to varying degrees every day. But what should you do when the sender is so furious they’re making your computer shudder? 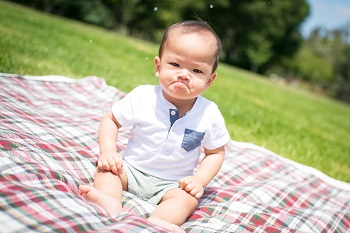 I HAVE NEVER BEEN SO BADLY TREATED IN MY LIFE

First thing’s first – DON’T PANIC! And do not fire off a hastily written apology with a link to your company’s FAQs. Or worse, an explanation as to why it is not actually your fault, and that they should have taken the time to read your terms and conditions. These things will only aggravate the situation. Remember that even the most swivel eyed complainant likely has a genuine grievance. They simply want you to understand, to apologise and to act. 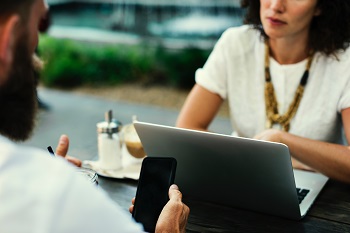 At the other end of the spectrum, you might be tempted to try and pacify the complainant by offering an immediate refund. But again don’t be too hasty. A study by the Carey School of Business showed that only 37% of upset customers were happy when offered credit. But if they received an effective apology on on top of the credit that figure rose to 74%.

Saying sorry is never easy. But do it well and you can go a long way to building trust, and even greater customer loyalty. This is a phenomenon known as the ‘service recovery paradox’, a term coined by Sundar Bharadwaj and Michael McCollough in 1992. If the customer hadn’t written their complaint in the first place, they wouldn’t know just how much you value good service, and by extension how much they mean to you.

DO YOU EVEN CARE ABOUT YOUR CUSTOMERS?

At the root of any effective reply is empathy. An angry complaint can feel like a personal attack – indeed it may actually be a personal attack. But don’t fall in to the trap of reacting defensively, which will only feed their fury.

Instead try and put yourself in their shoes.

Their email may read like an incoherent tidal wave of rage but you need to sweep all that away and look for the root cause of their problem.

But what if the problem is out of your hands - caused by a third-party delivery service perhaps, or other circumstances beyond your control? Never pass the buck.The customer probably doesn’t care, they just want the problem fixing - and that’s your job. Offer sympathy instead of excuses and show them what you are going to do about it. If necessary open an investigation. This complaint may actually be highlighting something that is affecting many more of your customers.

IS ANYBODY ACTUALLY LISTENING TO ME?

You’ve taken the time to really read the customer’s complaint and have investigated the causes. The next step is to reply. A study by SuperOffice found that 62% of emails are never responded to, a statistic that is particularly damaging when considering complaints.

Of course, it’s important to respond to complaints quickly. But it’s perhaps even more critical that you do it well, particularly when dealing with an overly emotional correspondent. Compose your reply in an unaddressed email to avoid potentially damaging accidental replies. When you have finished, put it aside and return to it later. You will be able to look at the complaint with a fresh head and spot any inappropriate language. Keep your tone conciliatory but not over apologetic. And if it’s particularly important, and you feel you have time, ask someone else to read your reply.

I WANT TO SPEAK TO THE MANAGER!

Email has many advantages when dealing with emotive issues. It gives you time to construct a well written apology and calmly lay out the various options going forward. But for some customers only the direct approach will do and that means talking to someone. The potential for missing crucial parts of a complicated complaint is high, particularly if the original email was written in a fog of anger. If things are very unclear, or the problem is multi-faceted, your best course of action is to pick up the phone.

Finally, if you’re going to apologise, make sure you sound like you mean it! It’s all too easy, particularly in an email, to come across as insincere. Responses like ‘I’m sorry you feel this way’ put the fault back on the complainant while ‘We apologise for any inconvenience caused’ is a pat response and may make the customer assume they aren’t being listened to.

There is no huge secret to getting an apology right: Simply say sorry, then explain your reasons. For example, ‘I am so sorry your package was damaged’ is straightforward, simple and sounds authentic. It will then help to explain the reasons for the problem so the customer feels like they’re being listened to, and then explain what you are going to do about it. In most cases this should take the heat out of the situation and allow you to have a calm, reasonable dialogue that is not conducted in CAPITAL LETTERS.